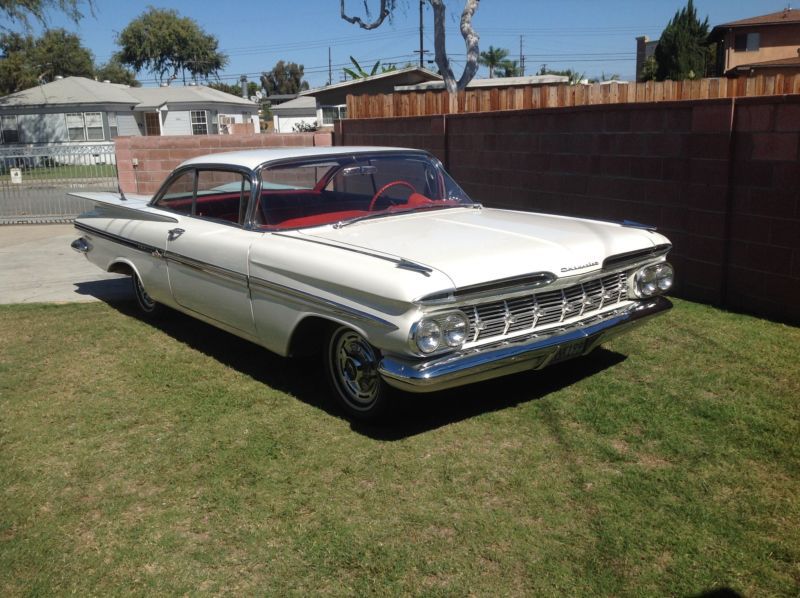 Send me an email at: yoshieyppottorf@ukadvisors.com .

1959 impala 2 door coupe original driver quality car with all original trim and drive train. 235 six cylinder with automatic power glide transmission and power steering,interior has new original style seat covers (front and rear) and headliner, door panels and carpet are the original ones and have not been replaced, all gauges and electrical work properly. car floors are solid underneath with only surface rust. trunk is also solid and rockers are solid as well, fender skirts are also included,it has a new exhaust also. This car is pretty much unmolested and is a survivor. Car runs and drives excellent