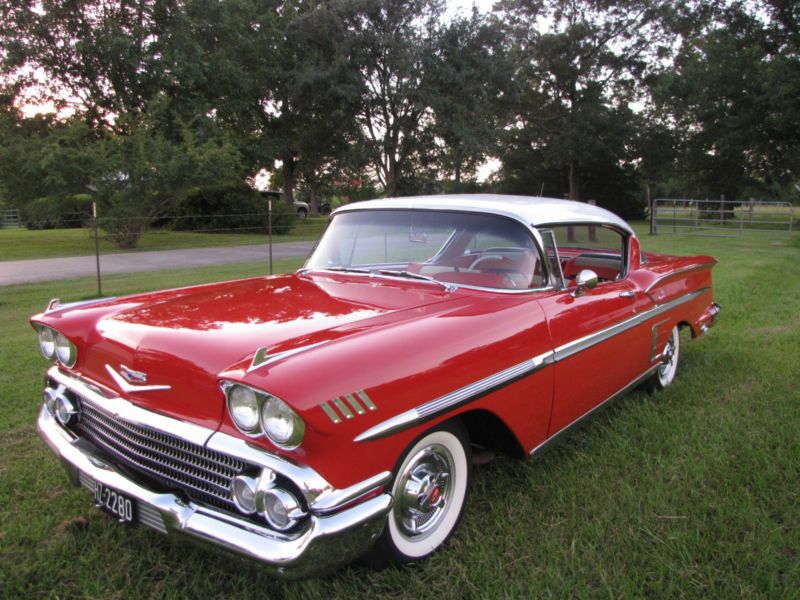 This hard to find 1958 Impala went thru a five year full restore that was finished in 2010. The car has always
stayed inclosed inside of storage and trailered to most car shows. It's called the trailer queen around southeast
Texas. I have drove this car to some local car shows and a few prade's.. The car has no rust or any paint defects.
The paint is five years old but looks like is was just restored yesterday. I took the original generator off to run
a regular alternator. I still have the original generator.The motor and trany was also fully rebuilt and a new
gas tank and gas lines was replace.