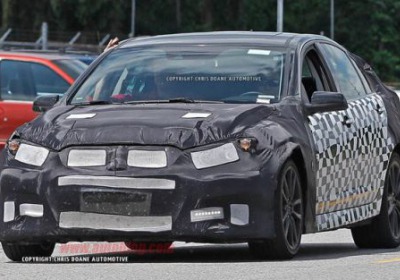 The 2014 Chevrolet SS will make its racing debut for the 2013 Daytona 500, but the production version of the car will get its official unveiling on February 16 in Daytona, a week before The Great American Race. According to a report by Automotive News, the reveal has been confirmed by Jim Campbell, Chevy's US vice president of performance and motorsports. With the departure of the Dodge Charger, the new Chevrolet racecar will be the only competitor to feature a V8, rear-wheel-drive layout in both street and NASCAR form.


NASCAR fans will be able to see the new fullsize performance-oriented sedan on display in the festivities leading up to the Daytona 500, but the car won't go on sale until later in the year. The Australian-built Chevy SS will be a low-volume performance model, and it will be priced above the 2014 Impala, which starts at $27,535.