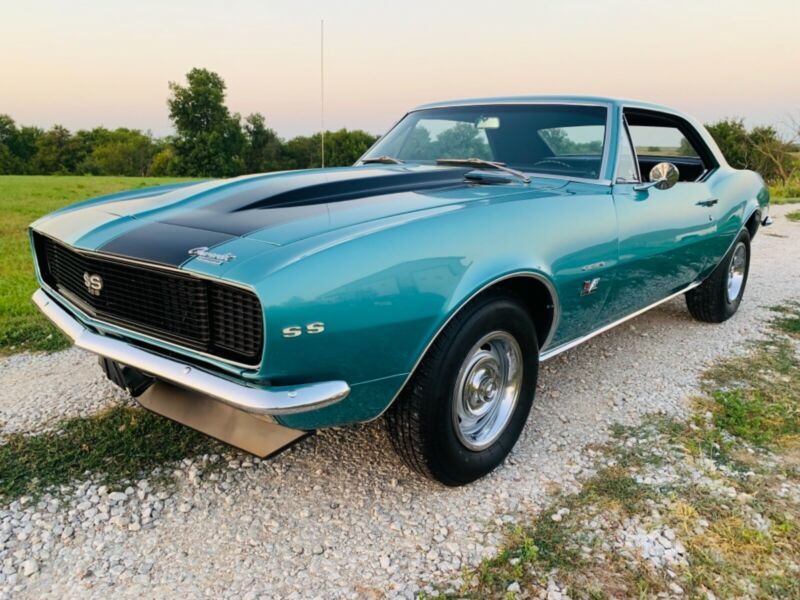 1967 Chevy Camaro 454 big block, 4 speed- I purchased this car in September 2018 and started the restoration in
late October where the car was stripped down to bare metal, all panels were taken off, glass, interior, front clip
and all trim was removed. We started with a very clean original body with all original GM sheet metal the car was
born with including floors and quarters; with exception to the Cowl hood.

The car was painted in its original color of Emerald Turquoise, all panels were jammed before reassembly. It was
painted in February of 2020 and the restoration completed in August. This is a high end, professional paint and
body restoration with attention to detail and a lot was invested into paint and body. Body is laser straight, paint
was cut and polished to a mirror finish. All seats were recovered, new headliner, dash pad, front windshield, all
weather stripping back to front. Undercarriage was stripped and painted.

Mechanical restoration was done under previous ownership and has a mild cam, 4 bbl carb and headers. We did go
through the seals on the motor and replaced all seals, clutch release bearing, fuel tank, sending unit, speedo
cable, front big block springs, struts, all shock and bushings in the front. The car runs and drives excellent,
all gauges and lights work. Exterior trim replaced including rocker moldings, wheel moldings, window belt moldings,
rear bumper, windshield moldings. Everything replaced or refinished, too many parts to list. Sits on original
ralleye rims which were professionally stripped and powder coated.