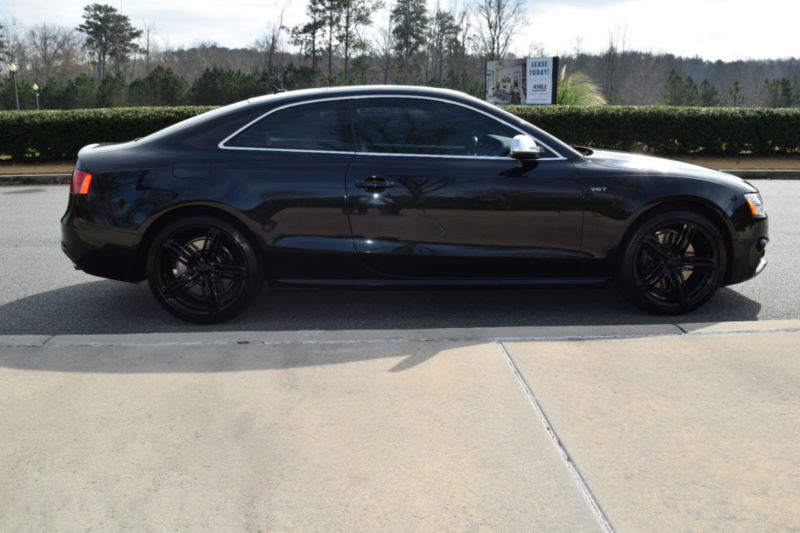 The Audi S5 has earned its stellar reputation through excellence and distinctiveness. Its premium amenities, power, and exquisite looks are outdone only by the car’s singular combination of luxury and sportiness. A rare feat in a competitive industry, this sedan enjoys a level of popularity that is not easy to attain. Interior Features & LuxuryDrivers may enjoy showing off their striking S5's on the road, but an even bigger perk to owning this vehicle is the luxury-centric cabin that awaits occupants before every excursion. The seats are wrapped in posh Nappa leather, while prime treatments like stainless steel, carbon fiber, brushed aluminum, and gray birch line the interior.
Tilt/telescoping steering, a powered moon roof, automatic climate control, an automatically dimming rearview mirror, and a driver’s seat with memory are a few of the Audi S5’s staples. The vehicle also integrates powered front windows, a garage door transmitter, a CD player, AM/FM radio, and an MP3 decoder. Drivers who want to instill a more upscale feel have the option of purchasing a DVD/audio system, fourteen-speaker premium entertainment system, and integrated navigation system.