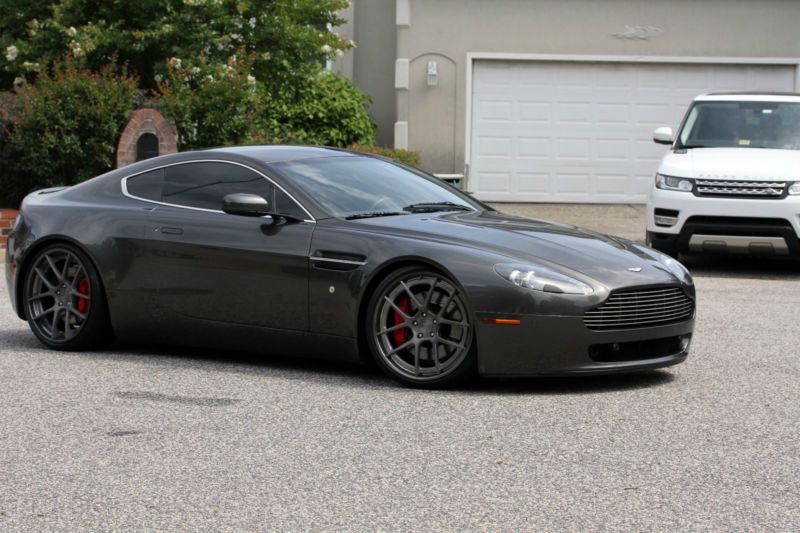 Up for sale is my 2009 Aston Martin Vantage
This is the 4.7L V8 model, not the earlier 4.3
Automatic
Gray exterior on ADV.1 5.0 Track Spec wheels. They are 20x10 in front and 20x12.5 in back. Tires are PZero's with
plenty of life left.
No accidents, no paint work
The car has clear bra installed and has been ceramic treated within past 6 months.
It is lowered on coilovers and also has performance exhaust (I do not have stock parts).
Interior is "peanut butter" brown and black leather, suede roof and black piano trim.
It is fully optioned with navigation, back-up camera, XM, heated seats, Aston Martin umbrella, etc.
Never tracked, never launched.
I had the car serviced last year by Aston Martin dealer in DC with records to show. This was less than 2k miles ago
as I don't drive it much. Only 17k miles on clock.
Currently the car needs nothing, fully mechanically sound.