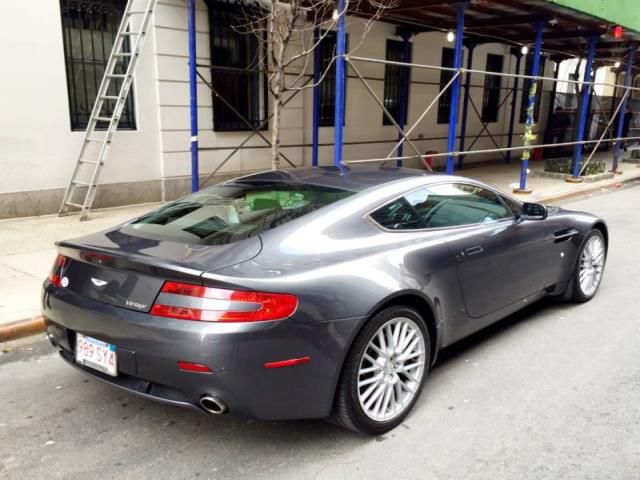 About this Car 2009 Aston Martin V8 Vantage with Gray exterior and black interior. I bought the car in beginning of 2012. This car was my second car and it was always garage kept! Car has good miles/year which is the most important concern for these vehicles. There is not better sports car /cruiser that has this level of craftsmanship and luxury, an engine that produces 420 HP, 0-60 under 4.2 secs. It is a perfect daily everyday car and looks like a $120,000+. You can own this car for the price of a BMW 5 series or a Lexus. This car has never been used as a lease or corporate vehicle! About 2009 Aston Martin Vantage Know the car you are buying, do your research. 2009 is the key year for Vantage since the car key changes for 2009. Most notably, the V8 has been upped to 4.7 liters and 420 horsepower. The suspension and automatic transmission have also been revised for improved performance. The interior is now more attractive and has user-friendly center stack controls that originally debuted in the DBS. Do not compare the 2008 models with 2009. Car and Driver Review: "The V-8 Vantage is the lightest and friskiest Aston Martin, and for that reason it's our favorite. Aston's middle-child DB9, which costs close to $200,000, is heavier and less nimble, and we've never tested one that accelerates as quickly as this model" *Seller is open to inspection.*CARFAX shows a fender bender and was scratched slightly while it was parked when a women backed into the left front. ONLY BODYWORK. Price reflects this issue.