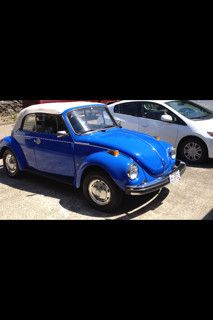 Condition: UsedA vehicle is considered used if it has been registered and issued a title. Used vehicles have had at least one previous owner. The condition of the exterior, interior and engine can vary depending on the vehicle's history. See the seller's listing for full details and description of any imperfections.Seller Notes:"This car is a limited edition. It has been owned by only two owners. Both owners took VERY excellent care of this car. When not in use this car is stored in a garage with a protective cover over it. This car is a convertible and has a glass window with defrost in the rear. It's the first to have this feature. It has 79,000 miles on it. Comes with the protective cover."

This car is a limited edition. It has been owned by only  two owners. Both owners took VERY excellent care of this car. When not in use this car is stored in a garage with a protective cover over it. This car is a convertible and has a glass window with defrost in the rear. It's the first to have this feature. It has 79,000 miles on it. Comes with the protective cover.