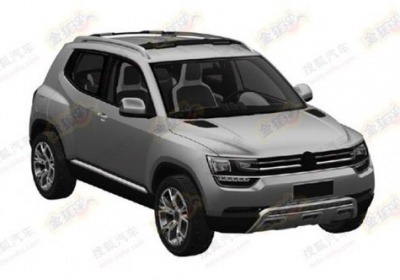 Volkswagen brought an angular, bulldog-like small crossover concept called Taigun to the São Paulo motor show last year, claiming that it wanted to gauge interest in the design before making a decision about production. If a new report with alleged leaked patent images is to be believed, then, interest must have been pretty high.

China's Auto.Sohu.com has published this group of Taigun images, claiming that they have been sourced from the Chinese patent office and that the subcompact VW utility based on the Up! has been cleared for production.

If all of that is true, and if these images are representative of the final product, you'll see that designers haven't done much to alter the concept car's appearance. Comparing, shot for shot, with the images we have from Brazil, we see that even small details like roof rack-mounted lights and exhaust tips integrated in the rear fascia have been carried over. Take a closer look for yourself in the attached galleries.