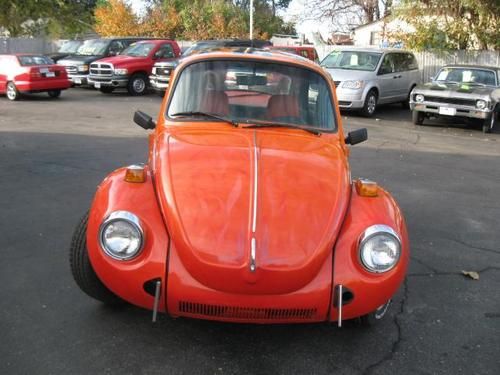 Condition: UsedA vehicle is considered used if it has been registered and issued a title. Used vehicles have had at least one previous owner. The condition of the exterior, interior and engine can vary depending on the vehicle's history. See the seller's listing for full details and description of any imperfections.Seller Notes:"The paint is not perfect, but it looks good going down the street. Some of the clear coat is starting to wear on the rear deck lid on the license plate light. There are a few places on the roof that are starting to show some wear. It doesn't have a radio installed. it is missing the ash tray."