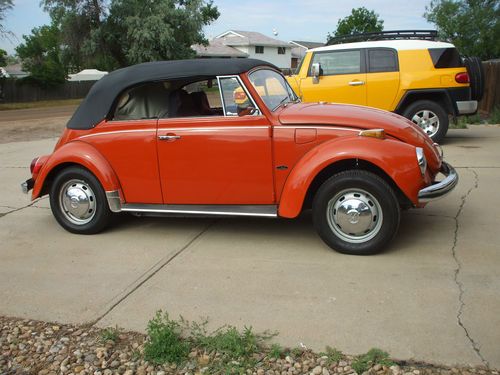 I am selling my 71 beetle convertable. She is a blast to drive. Great top and is mechanically sound. This is one of a few 71's that were actually built in Germany. I have records from it's original purchase. Looking for someone who will take good care of her and give her the TLC she deserves. The only things that need attention is: the drivers seat needs to be reupholstered. It's Denver Bronco Orange too. Call Dave at 303-638-8394 to set up a time to look at her. I am asking $6,300 OBO. Thanks for looking.