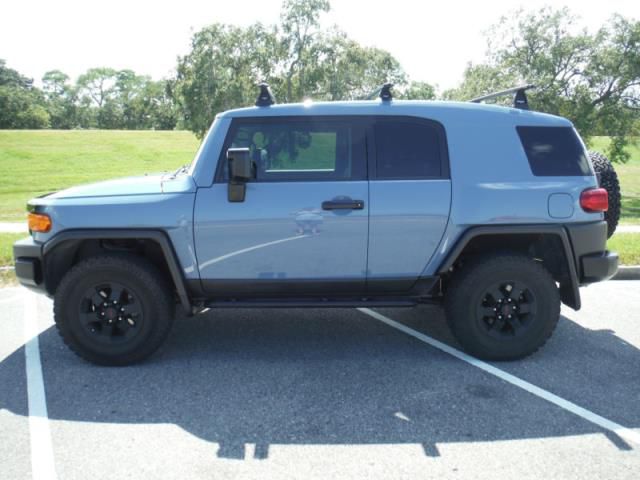 *** Buy backed out of deal *** Reluctently and with pain I am writing this ad. It is time to let my dream vehicle go. My young and growing family has proven to be to much for the FJ, we just need more room. So up for your consideration is my 2014 FJ Cruiser Trail Teams Ultimate Edition 6MT with under 25,000 miles, it has been dealer maintained. The truck is clean, a 9/10, see defect list below. I can send photos of defect for those interested. Mods/additions include:TRD ExhaustBlack TRD Wheels OEM Bug ProtectorStubby Antenna (original included)Black OEM GrillRugged Ridge Mats (front and passenger row, original OEM rubber mats included)Rhino Rack 3 Bar System (I love this rack!!!)OEM cargo mats - rubber and carpetDebadged (all badges included)
Contact only by mail : lindowsharoneo8@yahoo.com