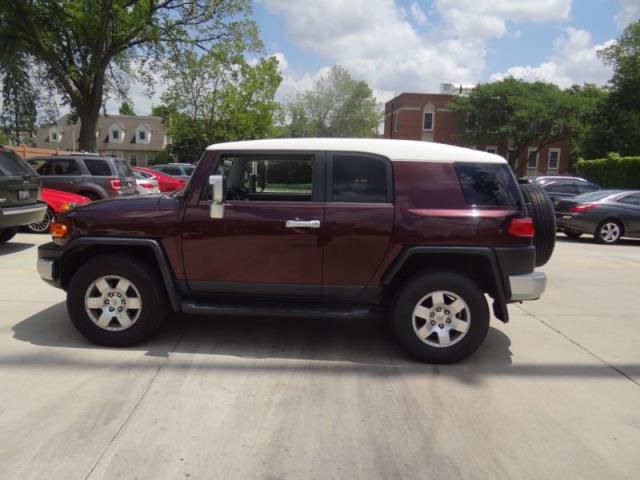 THE PHOTOS DONT DO THE TRUCK JUSTICE , ITS A VERY CLEAN VEHICLE THAT THE POLICE DEPARTMENT SEIZED YEARS AGO. IT WAS USED BY THE INVESTIGATIONS UNIT. THE VEHICLE DOESN'T HAVE ANY EXTERIOR HOLES FROM POLICE LIGHTS; RATHER A SUNVISOR LIGHT WAS USED IN THE INTERIOR. THERE ARE A FEW TOGGLE BUTTONS ON THE DASH (SEE PICS) THIS VEHICLE WASN'T SAT AND IDLED LIKE A CRUISER, IT WAS DRIVEN LIKE A NORMAL VEHICLE. TIRES ARE VERY GOOD SHAPE. ENGINE AND TRANS RUN PERFECT. BODY IS VERY NICE WITH A FEW SCRATCHES ON THE DRIVERS DOOR AND PASSENGER DOOR HANDLE. VEHICLE DRIVES STRAIGHT WITH NO SHAKES OR RATTLES. DOES NOT LEAK FLUIDS VERY NICE FJ MILES ARE ORIGIONAL
Contact me if you have any questions, and ask all questions : brunotddmasuda@yahoo.com