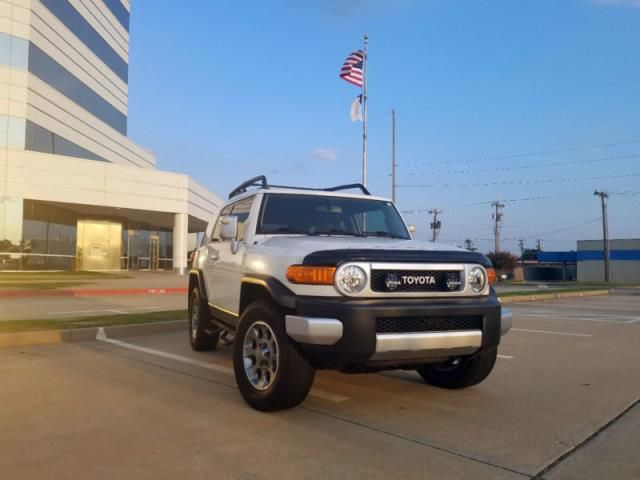 I purchased the car with 56k miles about 2.5 years ago in almost exactly the same condition it is today.  The only aftermarket items are the easily removed PIAA fog lights and radio antenna.  Im selling it because it just doesnt get used enough and Im losing the covered parking for it.  It was a daily driver for about a year but I worked from home so it was really used for weekend river trips and highway trips to Dallas / Austin.  Never driven or off-roaded hard, but everything works as it should.  There are 2 or 3 very small door dings 1/2 cm or less and 2 or 3 small bumper dings.  One on front is 1.5 inches, barely visible in photos the rest are very small.  Few scrapes in the rear cargo area and theres 3 inch smudge of white on the back of the passenger seat that doesnt seem to want to come off. 2012 FJ Cruiser 4WD Leather Backup Camera Parking Sensors Daytime Lights Convenience Package Tow Package Off-Road Package 4WD Automatic Traction Control VSC Stability Control Locking Diff A-Trac (Traction control for 4-Low in poor traction conditions) Inverter JBL Sound 2nd Adult owner 70,500 miles Plenty of cup holders 4 Adults can take it camping Fully Optioned Factory Carpet Mat  Set Front and Rear Factory Rubber Mat Set Front and Rear Factory tire cover Factory luggage rack and rock rails Tires have 14k miles Original Window Sticker All paperwork, incl all gas receipts with mileage since Ive owned it Full synthetic every 5k, currently Royal Purple full syn at 70k