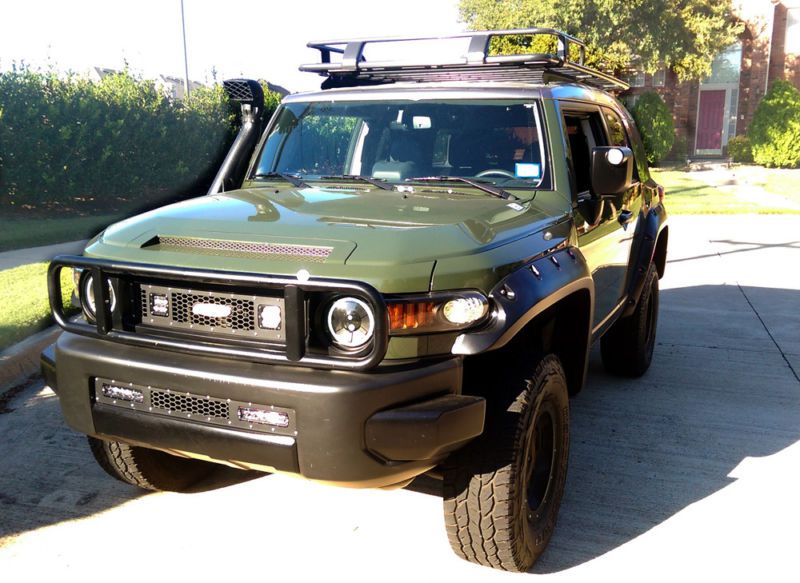 LIKE NEW! 2014 Collectible Toyota FJ Cruiser last production Model with a lot of modification include Classic 1976
Toyota FJ 4 Wheels Drive front & back badges, Heavy duty roof rack; TRD-16" Wheels and Tires(Off Road), LED head
lights and 4 extra LED Off-Road beam,Wrap Roof with Silver Color replaced the original White Only factory color.
The Toyota FJ Cruiser is a retro style, mid-size SUV with styling and off road performance reminiscent of the
original Toyota Land Cruiser (FJ40). Introduced as a concept car at the January 2003 North American International
Auto Show, the FJ Cruiser was approved for production after positive consumer response and debuted at the January
2005 North American International Auto Show in final production form. The FJ Cruiser is built by Toyota subsidiary
Hino Motors in Hamura, Japan since 2006 and shares many structural underpinnings from the Toyota Land Cruiser
Prado. On 5 November 2013, Toyota USA announced the 2014 model year Trail Teams edition would be called the
"Ultimate Edition" and that the 2014 model year would be the last for the FJ Cruiser in that market.