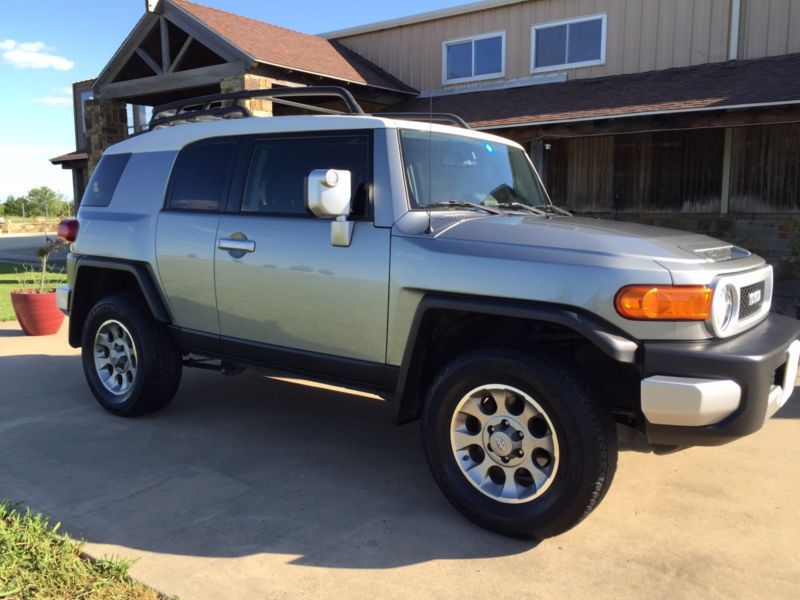 I am always available by mail at: wanda.mizrahi@mail-on.us .

This is a very well taken care of FJ Cruiser.
I am the original owner. I purchased it from Toyota of Rockwall. (Great Dealership and service department by the
way)
I pretty much just used it to commute back and forth from the airport. Thats why it has very few miles on it.
Other than that it was kept inside my shop so the paint is in as bright of condition as the day I bought it.

I hate to even say it but I never even got the chance to take it off road. )-:

I purchased the "Toyota Care" package with it so Toyota has performed all service / maintenance on this FJ. In fact
I just ran it through there last week and had them go ahead and do the 40K routine maintenance even though it only
has 24K miles on it. It is also still under warranty. it came with a 60 month / 75,000 mile warranty.

This FJ is as clean as they come. I tried to take as many pictures as I could to really give you an idea of how
clean it is. Hopefully you can zoom in on them and see.

I actually walked every inch of the entire vehicle to find any imperfections.
I found a small scratch on the corner of the hood. a small scratch on the corner of the drivers side front bumper
and a small nick on the back corner of the bumper, drivers side. When I say small I mean like smaller than a pea.
Typical stuff for almost any vehicle. If you zoom in on those areas in the photos you might be able to see them but
they are pretty hard to see. I just wanted to make sure I mentioned them.

I truly think it would be pretty tough to find a cleaner FJ that was taken care of as well as this one.