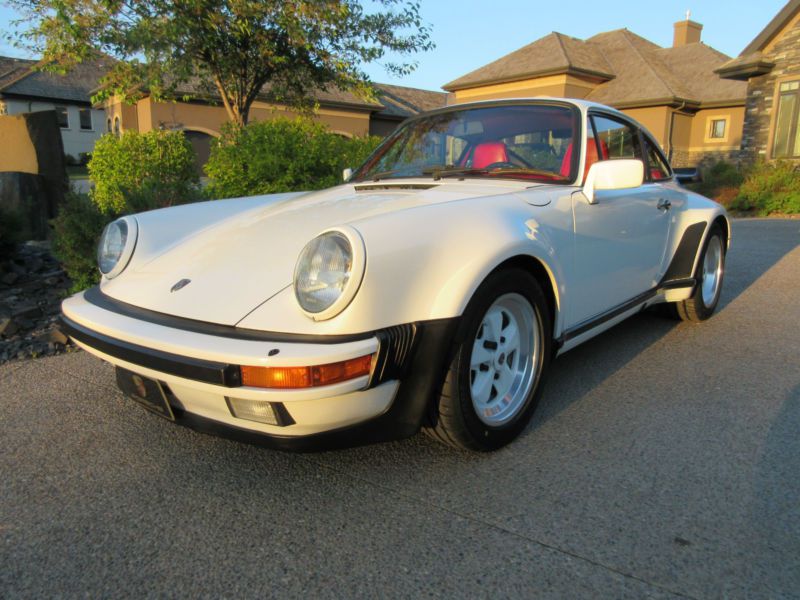 For more pictures email at: shawna_wessinger@zoho.com . 1986 Porsche all original 911/930 Turbo, factory ordered Grand Prix White with special order Can Can Red full
leather interior from Moser Porsche in Cincinnati, Ohio, September 1985. Options include center painted Fuchs
Grand Prix White with colored crest caps, full power heated seats L/R, limited slip differential and power sunroof.
Car comes with the original window sticker from 1986 and the original bill of sale. Complete service records,
service book and all manuals. The car will come with the original tool kit, a set of Lloyd mats that were purchased
with the car in 1986.