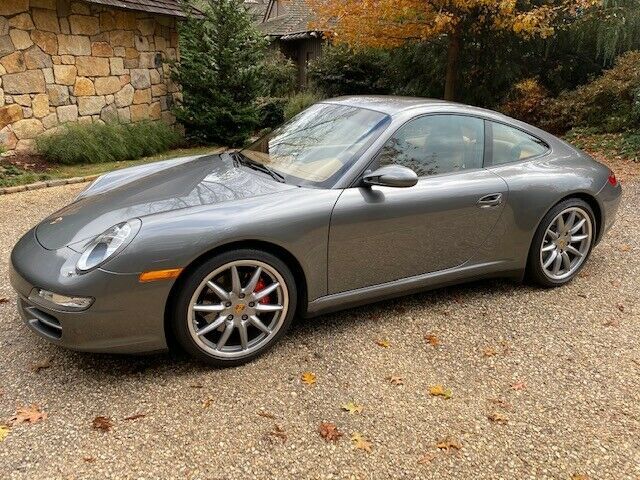 For Sale is my perfect conditioned 2007 Porsche 911 Carrera 4S. This vehicle is perfect in every way with full
service history, no blemishes, new brakes and tires and in a very desirable color of Gray and Saddle leather. Garage stored since new and with the highly desirable 19" 10 spoke special order wheels in perfect condition and ready for you to enjoy.