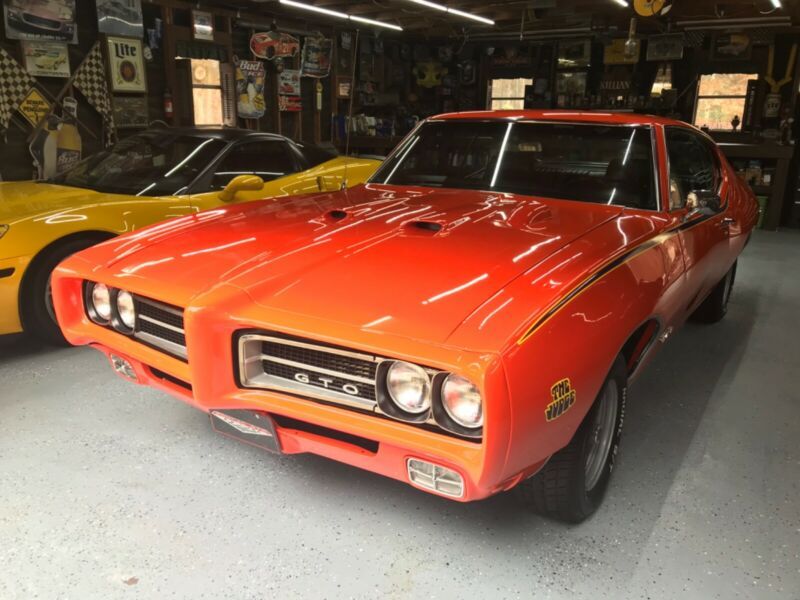 Complete frame off restoration. WT block with nodular crank,
date code correct 48 heads, VIN matched 4speed with date code correct HD nodular case 3:55 posi. The entire
drivetrain has been rebuilt to stock specs and runs flawlessly. The judge has a beautiful coat of carousel red
paint, with the iconic and correct red/yellow/and light blue stripes. The judge retains the original JUDGE spoiler.
Moving onto the interior is the completely new black interior that pairs nicely with the exterior. The car was
equipped with rally gauges and console from factory. Side glass and rear glass are original, factory tinted and in
good shape. Front windshield is new. Everything works on the car as it should and has 600 miles on the restoration.