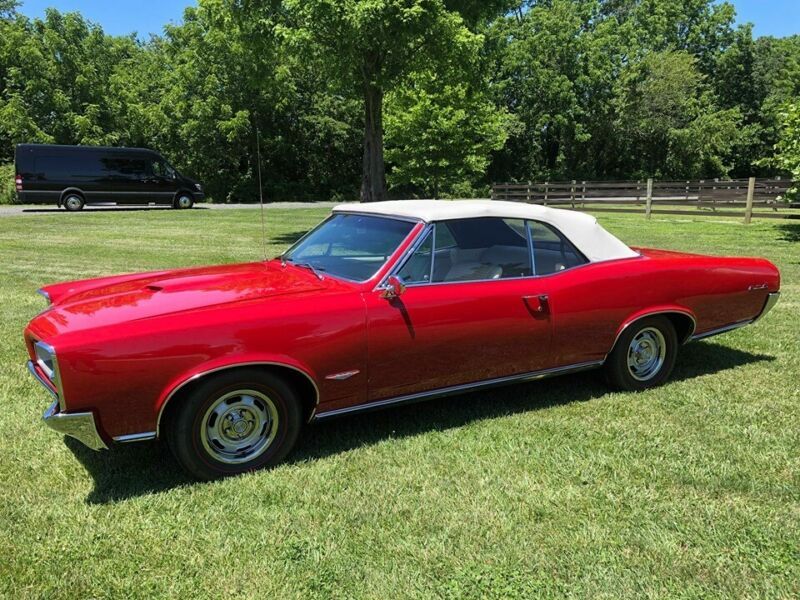 51K miles. This car is a frame off restoration, with only a few upgrades made. The only non-OEM upgrades are Larger
aluminum radiator, headers with larger dual exhaust and a hidden in glove box modern radio.
Other options are Power convertible top, "his/her" shifter with center console tach and vacuum gauges.
The engine is numbers matching to the chassis. 389 tri power V8 automatic transmission.
Build sheet and remake window sticker to match.
Car is very clean and well sorted.