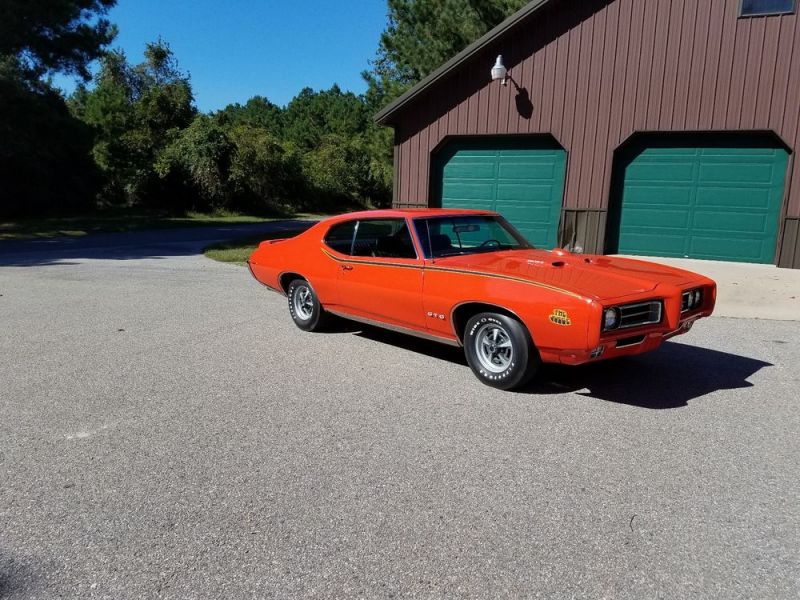 Send me an email at: dean.traner@powdermail.com .

Up for sale is a 1969 gto judge that is a real ram air lll southern Georgia car. PHS documented with original
invoice makes this car very desirable. This car has been stored in a climate controlled building for the last 20
years. Owned by a very well know collector that is down sizing his collection.This car had a frame off restoration
The interior is in excellent shape with no rips or tears. The chrome and stainless trim is exceptional and restored
to perfection. The body work is laser straight and the paint is superb. The underside is just as nice as the top
side with no rust and the frame is in excellent shape. The motor is a freshly rebuilt 400 with the rare ram air IV
heads with hardly any miles since the restoration. Its got the 4 speed manual with new clutch assembly and the
original 430 posi traction rear.