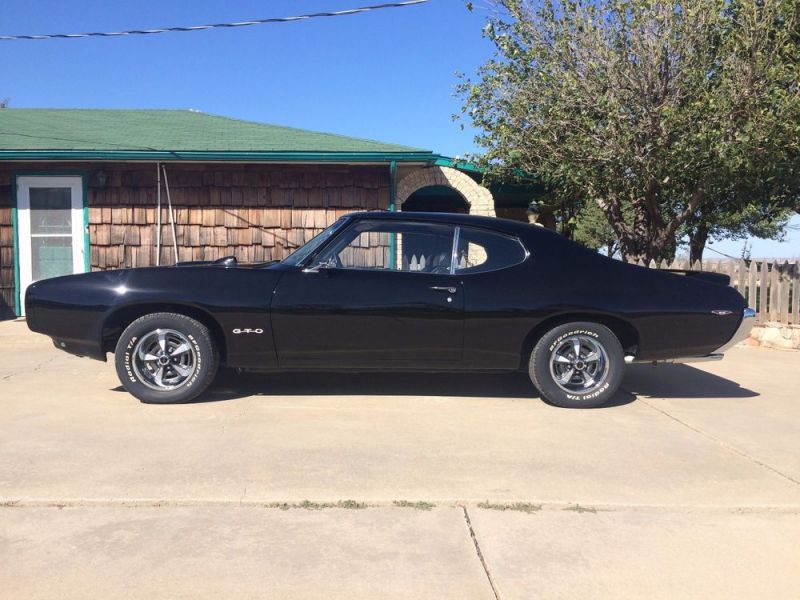 If you have more questions or want more details please email : nicholnggalvano@ukfun.com .

My son and I found this GTO in a barn on a farm outside of Amarillo, TX about 7 years ago. The car was up on
blocks and didn't have anything but surface rust, was all original, and had numbers matching. We started restoring
the car shortly after, but then my son left for the Air Force for 6 years. The car sat in a garage under cover
until he got back. By that time, he had lost interest in it, and I was left finishing it. It's taken a lot of
man-hours and money for parts, but the outcome is well worth it. The car drives extremely smooth and strong.
We did a frame-off restoration, and the frame was blasted and checked for any damage or rust. Then it was
prepped and shot with industrial enamel. The underside of the body was undercoated. Everything from there was
replaced new or refurbished. Nothing on the car from bumper to bumper was left untouched, and no expense was
spared. The car has ice-cold air conditioning, power brakes, power steering, and TACH in hood, with less than 20
miles put on the car since we bought it.