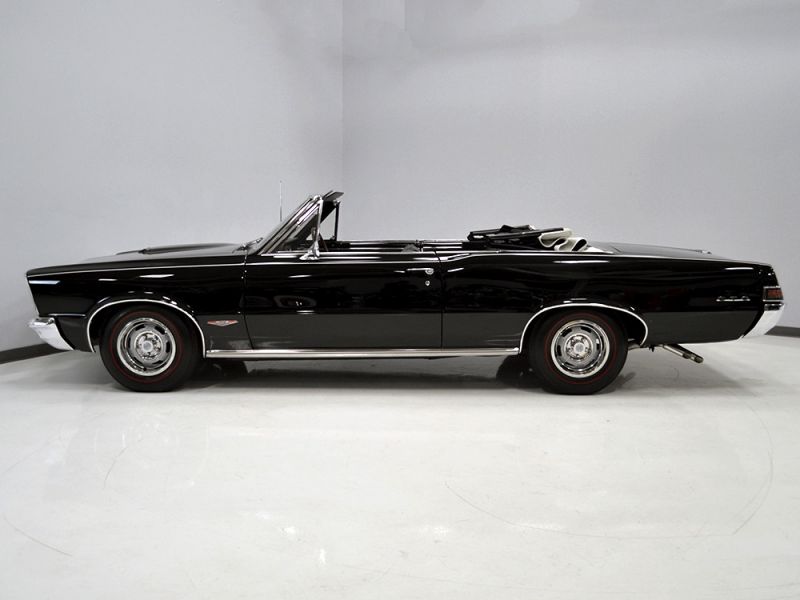 First the important stuff this is a real GTO, not a rebadged Tempest. It has full PHS documentation attesting to the fact that it was born as a GTO. It has its original engine and 4-speed manual transmission and its original color combination is Starlight Black with a black interior and white top, so that’s how it was restored.