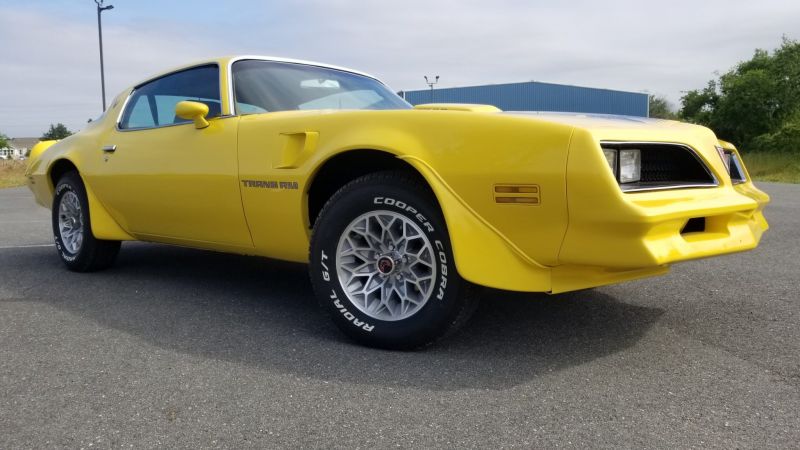 Email me at : TasererasumoYaserumop654@gmail.com 1978 Pontiac Firebird Trans Am is powered by a replacement overbored 455ci V8 mated to a TH350 automatic transmission and was refinished in yellow 5 years ago. Modifications include a 3k-rpm stall-converter, a four-barrel carburetor, and an aftermarket exhaust system, while equipment includes 15" snowflake alloy wheels, a shaker hood, a rear spoiler, and a push-button AM FM radio.