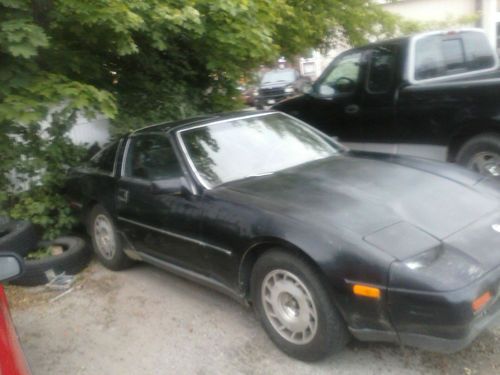 Condition: UsedA vehicle is considered used if it has been registered and issued a title. Used vehicles have had at least one previous owner. The condition of the exterior, interior and engine can vary depending on the vehicle's history. See the seller's listing for full details and description of any imperfections.Seller Notes:"for sale is a 1987 nissan 300zx 200k on body 110k on engine this car runs and drives nice there is NO RUST on this car it is in great shape for its year looks better than in pics it has brnd new front struts but still need rear shocks and those are 20.00 at advanced auto power windows, power seats with air in the seats to adjust to your comfort im asking 2000 obo the tire only have about 1k on them they are like new.. there is a crack in the windshield"

for sale is a 1987 nissan 300zx 200k on body 110k on engine this car runs and drives nice there is NO RUST on this car it is in great shape for its year looks better than in pics it has brnd new front struts but still need rear shocks and those are 20.00 at advanced auto power windows, power seats with air in the seats to adjust to your comfort the tire only have about 1k on them they are like new..