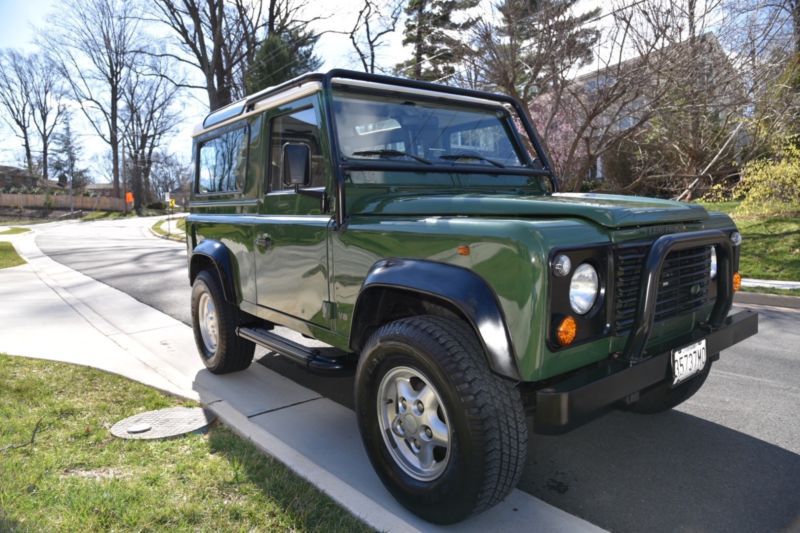 1997 Land Rover Defender 90 Hard top 2D
You are viewing a 1997 Land Rover Defender 90 Hard top in Coniston Green.
This truck is a rare Japanese spec - production number 574 D90's imported in 1997 by Land Rover North America.
This Defender is equipped with a 4.0L V-8 engine, automatic transmission, fully functioning air conditioning and
heat, and full time 4 WD with high-low range.
The paint is all Original and shines up like new