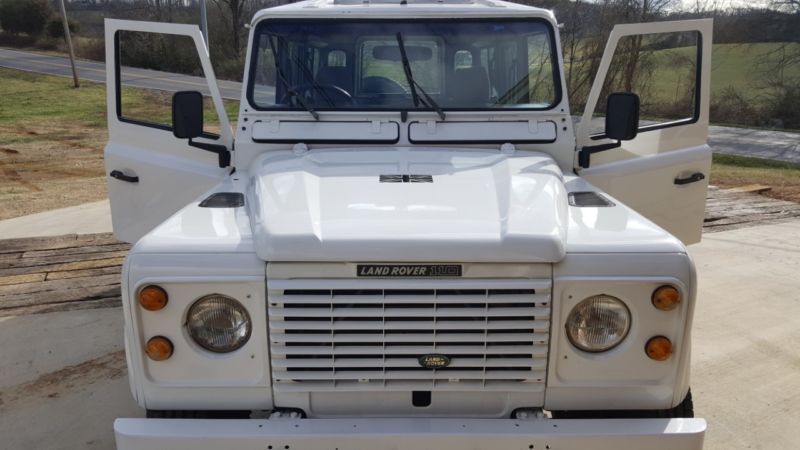 Feel free to ask me any questions about the car : nellanaasselta@sheffwedfans.com .

This 1988 Land Rover 110 was imported from England 3 years ago and has a clear Tennessee title. I have used this
as my daily driver since then. I have replaced or refurbished everything that needed attention to insure
reliability. I will make a list below. The 2.5 Turbo Diesel runs very strong and gets 29 mpg. It likes to run at
75 mph on the Interstate and I have taken it on numerous long trips without any issues. I upgraded the dash to a
TD5 and added an iPad Pro mount which really modernized the interior. (The iPad is not included.) This modification
can be easily changed to the tablet of your choice. The seats have the original upholstery and are in excellent
condition. I only needed to replace the foam in the driver and passenger seats. I hate to part with this Land Rover
for it is my baby. I am only selling it due to other circumstances. I hope it goes to a good home. Parts replaced or rebuilt:
brakes
steering system
U-joints
transfer case
terrafirma suspension and shock towers
sawtooth wheels
Michelin tires
wheel bearings
wiper system
fuel tank and fuel lines
injectors
fuel injection pump
carpets
timing belt
rear door cover
spare tire mount kit
Parts that come with it:
Exmoor wood steering wheel
windshield rubber
roof window rubber
original front center seat
original steel wheels
front bumper rubber end caps
original dash