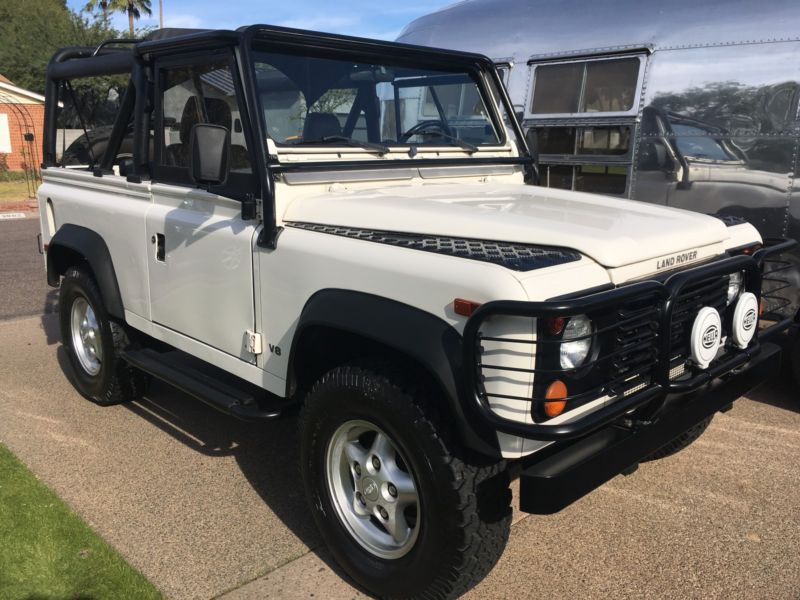 For more pictures email at: marishamiindovina@cd2.com .

1997 Land Rover Defender 90 convertible in white with grey interior. 41,590 miles is not actual, it is estimated
about 55,000. 2nd owner. Street driven in sunny Arizona (no rust). Hella lights on brush guard. Comes with bikini
top. Great looker, the things to note are a small crack in the passenger seat and a crease in the driver side front
quarter panel. It goes unnoticed due to the brush guard so I never bothered to repair it. (both can be seen in
pictures).