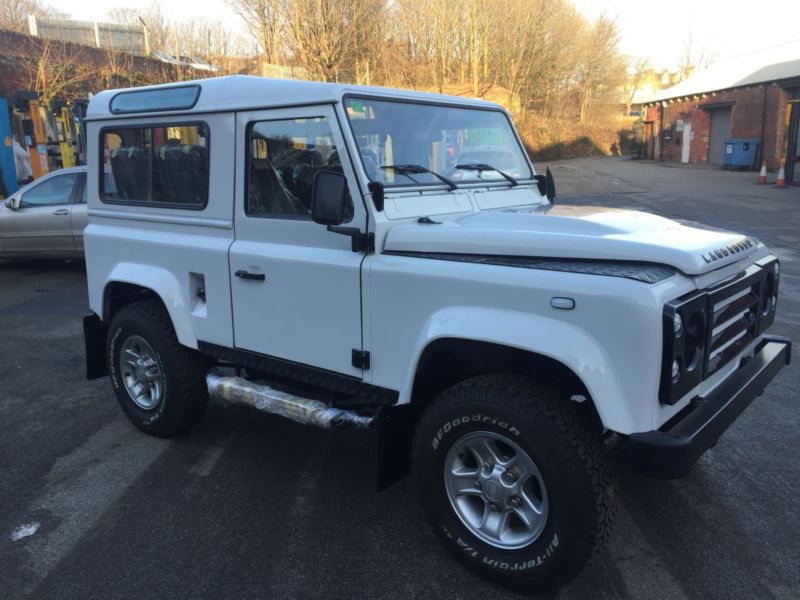 For more pictures email at: lorenzalkkytle@cafeuk.com .

This is a newly restored, very low mileage, Left Hand Drive 1991 Land Rover Defender 90 with the incredibly
reliable 200tdi engine. The truck is immaculate in every way, looks like it just rolled off the production line.
Runs and drives flawlessly.
The following is a list of new parts: Exmoor Carpet, G4 front seats, matching cubby box, 4 inward facing individual
flip up Exmoor G4 seats in the rear. Boost allow wheels with wheel spacers, BF Goodrich All Terrain Tires, KBX
Grill, Puma Bonnet, Fire and Ice Side Steps, LED Lights, Diamond Plate protectors on sills and wing tops, Rear door
and door card, wheel arches.
This entire truck was disassembled, stripped bare, primed, painted and put back together. The entire chassis and
under carriage has been professionally painted to factory spec, not wax oyled.
This truck has the LT77 5 speed gearbox.