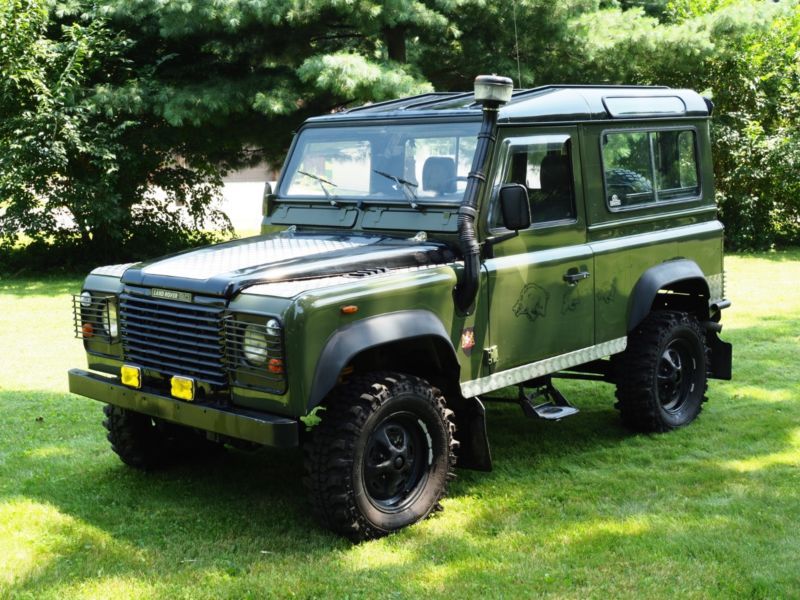 1988 Land Rover Defender 90. It is a left hand drive vehicle with factory A/C
that I recently imported from Italy. Overall the truck is in very good shape with no rust and less than average
wear and tear. It is equipped with a 2.5 liter turbo diesel engine and 5 speed manual transmission. All of the
mechanicals on the truck work well with no signs of excess wear. The truck has new springs and shocks all around
that lift the truck about 2". The exterior of the vehicle has a recent paint job that was done to a good standard. There are some small marks
from use that would easily buff out if desired. There is some slight aluminum corrosion visible under the paint on
the lower edge of the doors. Unfortunately this is unavoidable on any older defender due to a design flaw by Land
Rover. The only fix for this is a new set of door skins which are relatively easy to install and I can provide if
desired. This is a very nice Defender that is in drive-away condition and is ready to be a daily driver or taken
off road.