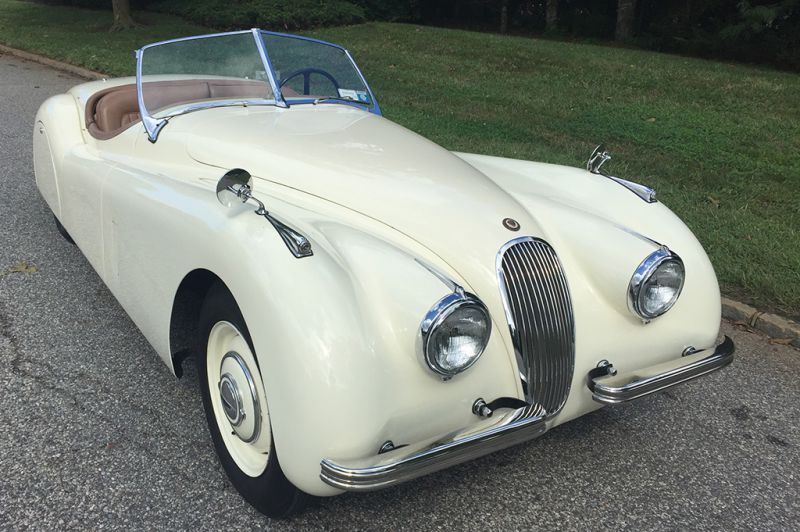 This is a 1952 Jaguar XK120 Roadster in excellent condition.
Car is an older restoration and shows very well.
Car has been serviced recently and runs very well.
Car comes with a tool kit and very clean undercarriage.