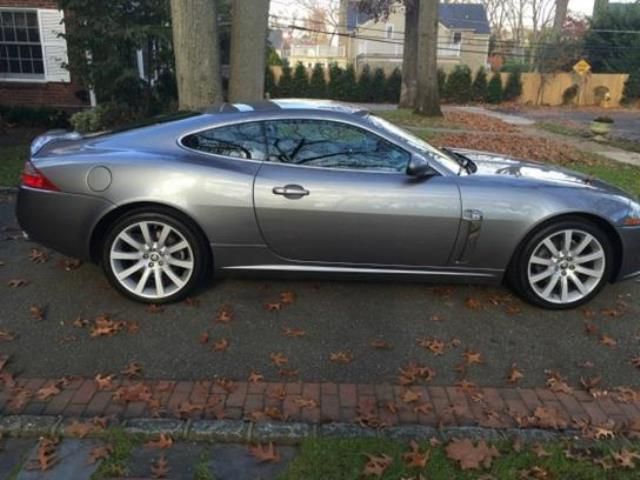 For further questions email me : papamichaelduncanzoq@netcourrier.com

Up for sale is my 2008 XK which I purchased in 2012 from a Jaguar dealer. I am the second owner and have installed a custom Mina Gallery exhaust that sounds amazing. The car has always been serviced by a Jaguar mechanic ,it has 80k highway miles and is garage kept. New tires and clean wheels, never smoked in, the car is immaculate. In 2009 the car was in a minor fender bender and the proper front end body repairs were made. Also, I had some small dings removed last year from acorns hitting the car. We arranged for Jaguar to use paint-less dent removal system and the result were amazing. As such, the car is in exceptional shape and the buyer is welcome to have the car inspected by Jaguar. Included: All Luxury Package options including navigation, parking assist, Sirus radio and heated seats and steering wheel. Lastly, I have two antique car emblems on the front grill that really makes this car special. KEY FEATURES INCLUDE Leather Seats, Navigation, Heated Driver Seat, Premium Sound System, Bluetooth, Multi-CD Changer, Aluminum Wheels, Keyless Start, Dual Zone A/C, Heated Seats, Heated Leather Seats. Rear Spoiler, MP3 Player, Keyless Entry, Steering Wheel Controls, Rollover Protection System. . Original Base Sticker Price: $80,800