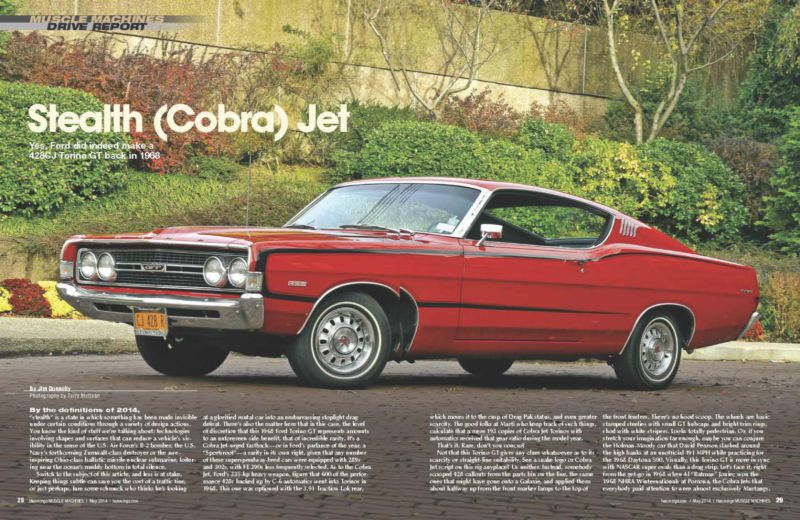 For your consideration is a super rare muscle car that happens to be a Torino. 1968 1/2 Ford Torino GT Fastback
Cobra Jet, 1 of 660, back in 1968, today? 1 of ??? remaining. She is was delivered to the famous west coast "Galpin
Ford Dealer", special ordered by the owner as a showroom floor center piece. This was the only 1968 1/2 Torino GT
Fastback Cobra Jet inspired model to be ordered and sold at Galpin Ford, order type (see Marti Report) was "Basic
Off-Standard Equipment" Marti Auto-works describes this as...."It means Ford ordered and built this car without
someone having pre-ordering it" that is the (basic part), but they (Galpin Ford) put options on that were not very
common (that's the Off-Standard Part), such as 428CJ, 3.91 Traction-Lok Axle Ratio).
The Torino has all of its original paperwork, and when I say all of it, I mean all of it, you name it she has it
including copies of canceled checks for deposit purposes, temporary owners card as well as the dealer mailed owners
card sent to the buyer, original window sticker, Dealer IOU, Dealer Security agreement, Original owners manual and
pocket protector