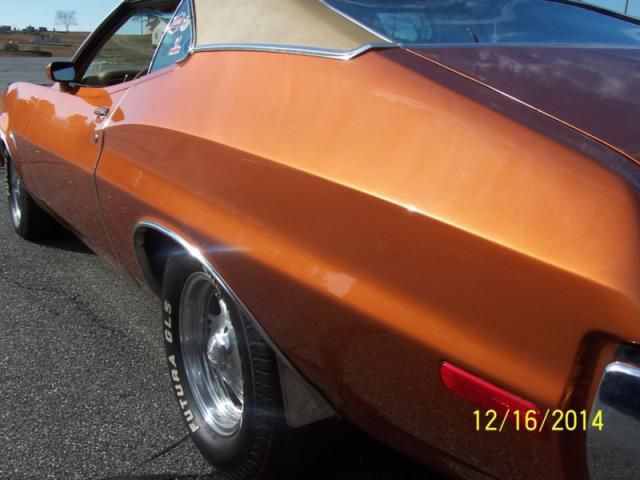 Up For Sale I Have This Beautiful Copper Grand Torino Sport That I Rec; Have Always Won't One So Ever Thing Has Been Re Done But The Rear End The Engine Has Been Rebuilt With 030 Over Larger Cam Have The Eldbrock Manifold And Carb 750cfm Have Put All New Chrome On Engine Have Had The Top Transplanted New Vinel Top All New Weather Seals New Seats All New Upholstery Have Had The Trunk Enclosed With A Very Nice Pioneer Sound System With 6 Spec And 12'' Subs Have Had The Tran Rebuilt With A Shifter Improvement Kit Shifts Nice Have Had All New Front End Bushing A New Rebuilt Steering Box A Budnick Steering Wheel New Carpet A Very High End Paint Job Is Candy Copper Pops In Sun Light All New Taillights And Housings New Set Of Eagle Allloy Rims Its Hard To List All That I Have Done To This Car.