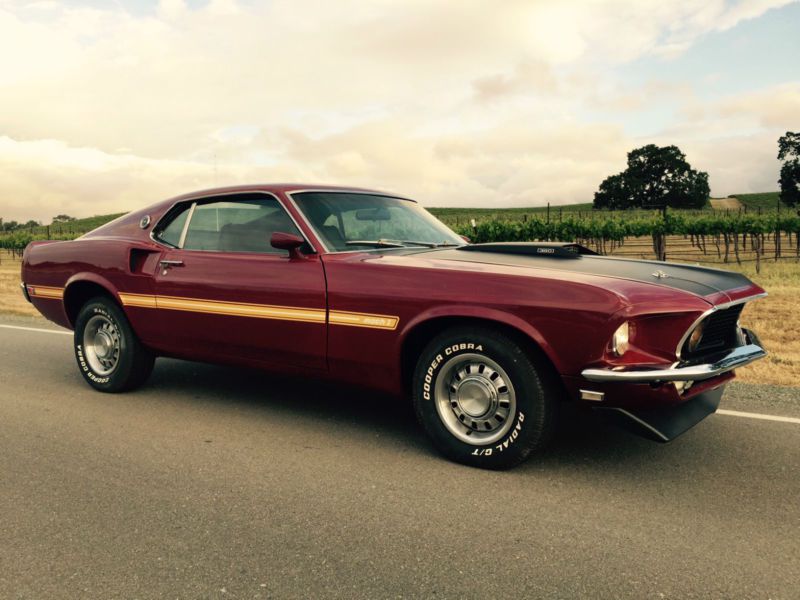 For more details email me at: myramhhauben@kinghell.com .

1969 Ford Mustang Fastback Mach 1 with 390 V8 Engine. 4 Barrel Carb. 4 Speed. Power Steering. Power Front Disc
Brakes. There are some scratches, small dings and a few paint chips. Some missing parts. horn, clock, and emergency
brake does not work. Seats are in fair condition. carpets fair. dash has no cracks. New tires. headliner no rips.
Daily driver. Lots of repairs over the years. This is not a restoration car and it does not have all the original
parts. Painted 5 years ago with the original color. Runs good. I don't know the history of it before I bought it 7
years ago.