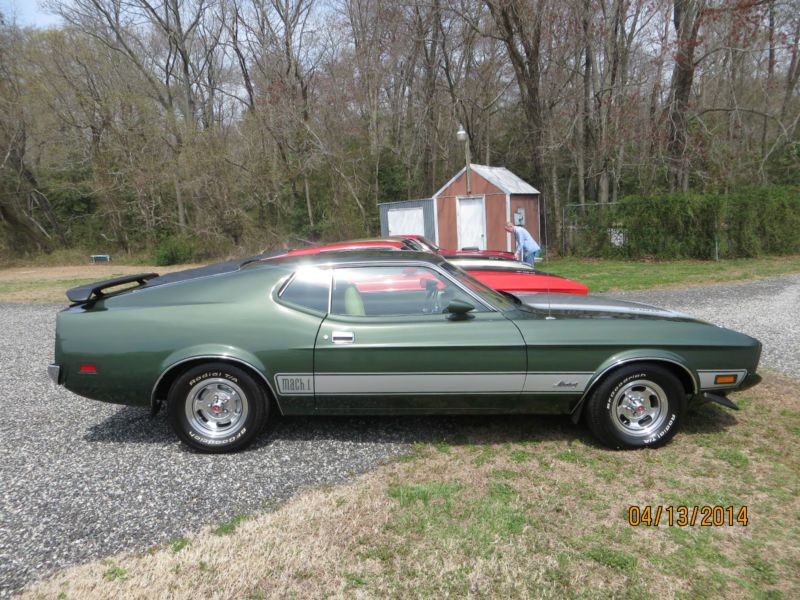 Very nice 1973 mustang Mach1 351 Q code it has the original engine and the spread bore carburetor rebuilt by pony
carburetor's 5 years ago.Backed by a 4 speed manual transmission originally automatic,running a 9 inch locking rear
end with 3.25 gears.Options am/fm radio,working ac,powering steering,power brakes,heated back window and fold down
rear seat.Forged aluminum wheels are orignal to the car.Repainted 6 years ago has good original interior . Call
john 410 310 6582 for more imformation between 6 am - 8 pm