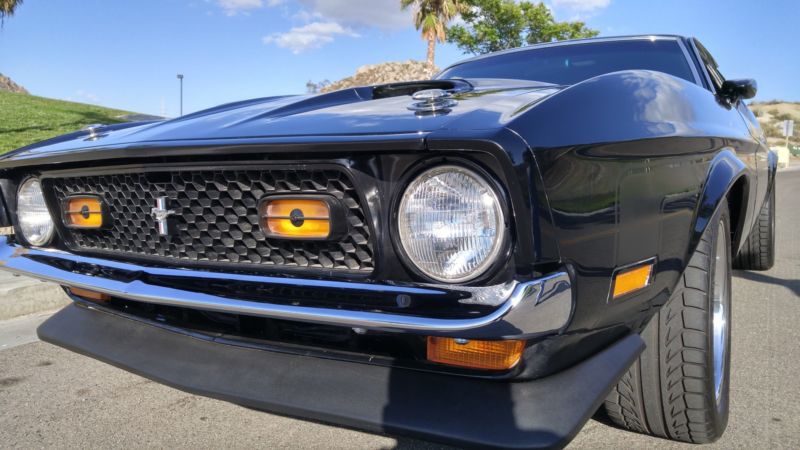 Feel free to ask me any questions about the car : terinacherney@perso.be .

Outstanding 1971 Ford Mustang (Mach I) Fastback
Factory M-Core car, Retains it's original matching numbers.
A beautiful muscle car up for grabs in black exterior paint, and matching black and gray interior. This Mustang is
powered by it's original 351 Cleveland V8 Motor. This highly original sports car is in excellent overall condition,
with outstanding ride quality and curb appeal. It has all it's original equipment which include: Power Steering,
Air conditioning, Front Power Disk Brakes, C6 Automatic Transmission. The few upgrades include: Rims and Tires,
Exhaust System, and Paint (originally Wimbledon white).
All new OEM suspension.
This car can be taken to the next level or simply enjoyed as is.