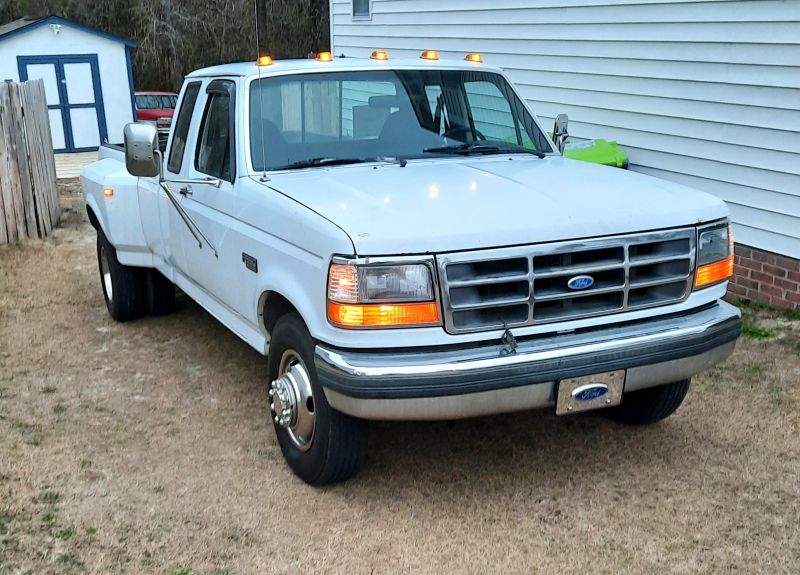 7.3 automatic. The transmission was rebuilt at around 135000 miles based on the receipt.

It is ready to hook a trailer behind it and drive it anywhere.