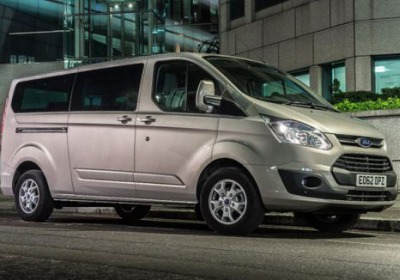 We've already seen plenty of what the Geneva Motor Show will have in store for us in less than two weeks, but most of the confirmed debuts that were announced so far have generally been luxury or performance cars. Ford, on the other hand, will be showing off a couple of its new family-friendly models for European buyers to enjoy.

On the larger side of things, the full range of Tourneo vans (shown above) will be on display, including the introduction of the new Tourneo Courier model, but Ford will also be showing off the all-new EcoSport crossover, which is based on the automaker's Global B platform and will be positioned beneath the Kuga, better known here as the Escape. The subcompact EcoSport was originally unveiled at the Beijing Motor Show last April.

GENEVA, Switzerland, 22 February, 2013 – Ford of Europe will launch new models for Europe and detail an accelerated product rollout at its news conference at the Geneva Motor Show on March 5.

Ford will showcase its full new family of Tourneo people-movers, with the global debut of the all-new Tourneo Courier, and display the all-new EcoSport compact SUV for Europe.

The press conference can be viewed live or replayed at live.fordmedia.eu. News releases, photos, video and graphics will be available from geneva2013.fordmedia.eu from 07:00 CET (06.00am UK time) on March 5.