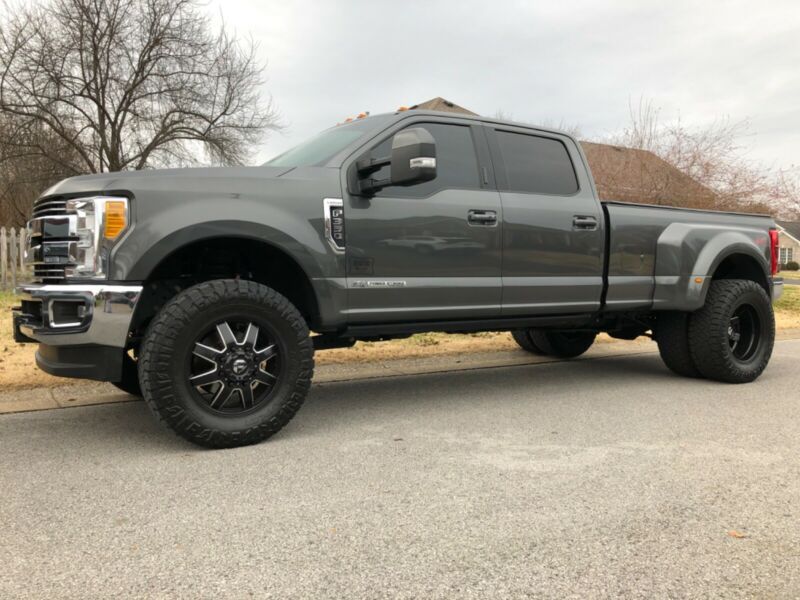 2017 Ford F-350 .
This truck is in phenomenal condition and runs Great! It has been 100% professionally maintained with full
synthetic oil changes on time. 37” Ridge Grappler tires on Fuel 20” Wheels. The truck has been deleted and
tuned by Kingspeed Diesel with EZLink.