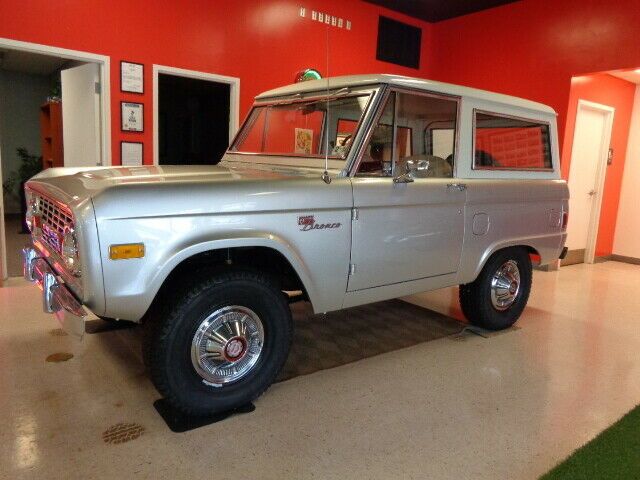 This 1977 Bronco Sport is the only one manufactured with these options.Only 353 1977 Broncos were painted Silver
Metallic,43 had Parchment Knitted Vinyl Sport Bucket Seats,17 Came With Right Hand Chrome Mirrors,2 of these had
E78x15-B Black Sidewall Tires,and ONE was Equipped with Mud and Snow Tires,This Is That Bronco . Options were as follows:
4600 lb.GVW Package,Cruise-O-Matic,Power Steering,5 E78x15 Mud and Snow Tread Tires,RH Chrome Mirror,Power
Brakes,Rear Bench Seat,AM Radio,Free Running Hubs and The Sport Package