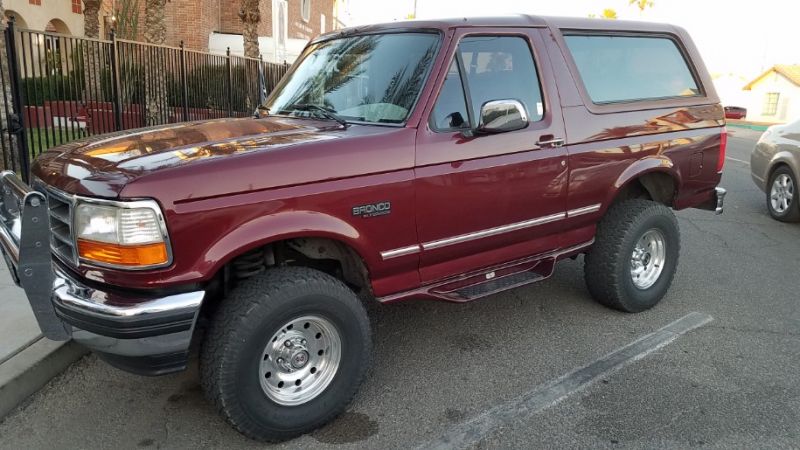 Ford Bronco 5.8lt in excellent condition, no rust, just made oil, oil filter, air filter, spark plugs, spark plug wires, tires almost new. The paint is shine as new, have some hair scratches but nothing serious. Everything works and has no warning lights on. I just professionally installed the AUX IN to the factory CD Player. Everything is stock on it. Has 2 set of keys, owners manuals and window sticker