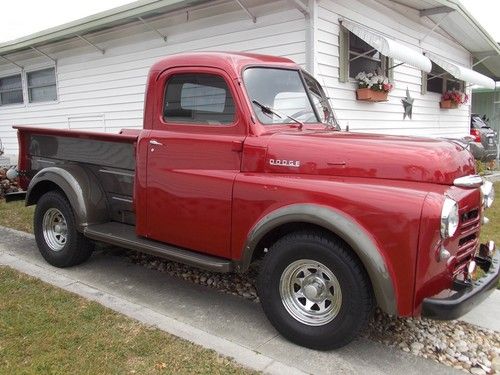 I have a very nice 1949 dodge pickup. With a 350 chevy crate motor. Turbo 400 transmission.  New alternator, new battery, power brakes and a.c..  Good driver.  Paint is good but not perfect.  Interior has been redone.  The gauges are new.  Good driver.