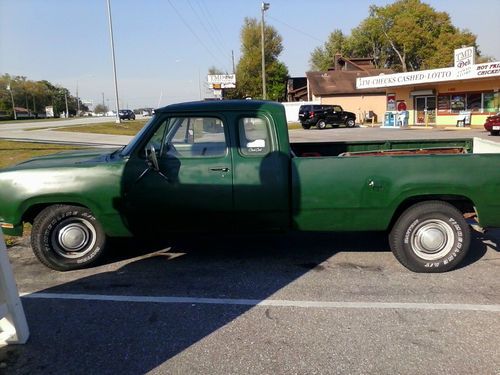 I am selling my 1978 Dodge D200 Custom. This was originally a park rangers truck in Florida, some rust in the usual spots, runs and drives great. 318, 3 speed column shift. fun truck to drive, just need the money, would make a great project or work truck.