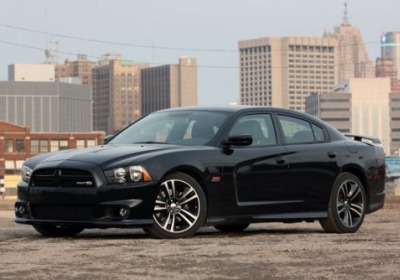 I can pinpoint the exact moment when I fell in love with this car. It was starting down a nearly straight entrance ramp at 15 miles per hour when I buried the throttle. In a moment, I was thrown back into my seat as the big SRT8's engine came to life with commensurate sound, fury and force, bringing me up to 75 mph in what felt like two blinks of an eye. This thing feels so much quicker than its 470 horsepower and 470 pound-feet of torque would lead you to believe. And mashing the right pedal never, ever gets old.

But beyond sheer speed, I found a whole lot to like about the Charger SRT8 during my week with the Pitch Black test car here in Detroit. And while the whole Super Bee kit isn't really my style, it's really easy to overlook those badges for a package that offers so much for so little.