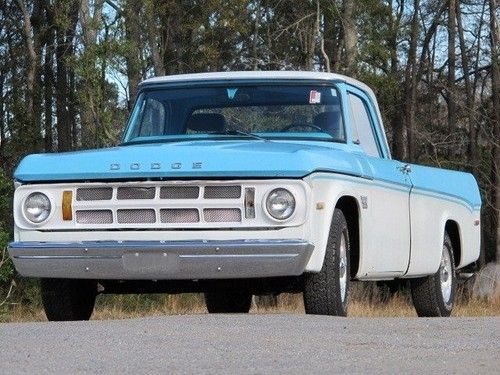 VIN: D14AE0U114211 Year: 1970
Make: Dodge
Cab Type (For Trucks Only): Other
Model: Other Pickups
Warranty: Vehicle does NOT have an existing warranty
Mileage: 3,127
Exterior Color: Other
Interior Color: Other
Disability Equipped: No
Doors: 5 or more