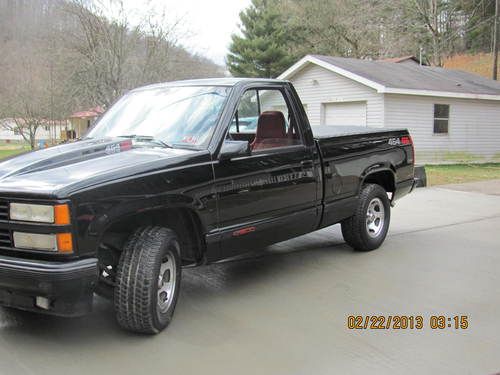 This is a factory 91 454 SS.  Truck runs and drives good as you can see in the pictures truck looks real good its not a show truck its a daily driver. All the lights, speed odomiter, cruise control everything works. Nothing under the hood has been changed or cut everything is factory and works good. Interior is in good shape but it has a small place in the drivers seat, dash has a crack in it everything else is in good shape the paint on the truck looks good has one or to small dents, on a scale from one to ten truck is probably an 8 truck is for sale or trade locally and I reserve the right to end the auction early with that being said this is a great deal on a 454 like this. Thanks