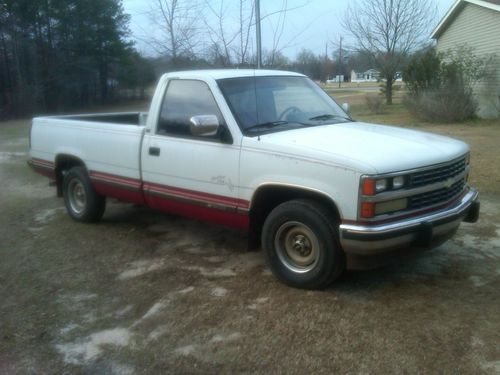 A solid dependable truck, no known major issues or problems. I have owned this truck for about 12 years , dont really want to sell it but need the cash flow to work on a 66 Barracuda project. It does have some minor issues such as small crack in windshield, could use some tires soon. Tranny was rebuilt a couple years ago.  A/C is ice cold . i will be glad to answer any questions. message me for my phone number or send yours,  I have clear title ,, will take cash only. Thanks for looking and bidding.