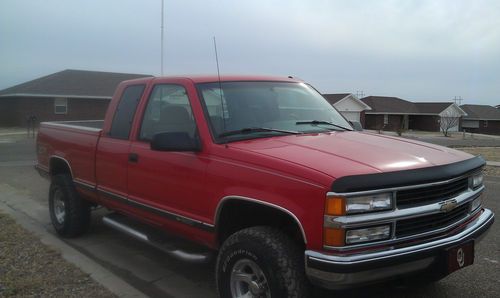 1996 Chevy 1500 Z-71 4X4. It has a 350 V-8  with 160,000 miles. This truck is completely rust free. The body is in very good shape and the interior is in great shape for its year. It needs a new windshield, which is $250.00, I just havent got there yet.  I've just replaced all 4 shocks with performance 2" longer shocks. New cold air induction. I replaced manual fan with 2-1650 cfm electric fans so the engine has more power and better fuel economy. New mufflers.  New headlights, park lights and tail lights.  This truck beautiful and I would drive it anywhere with no worries.  Call me at 580 461-2460 with any questions. I dont check emails so ONLY text or call.