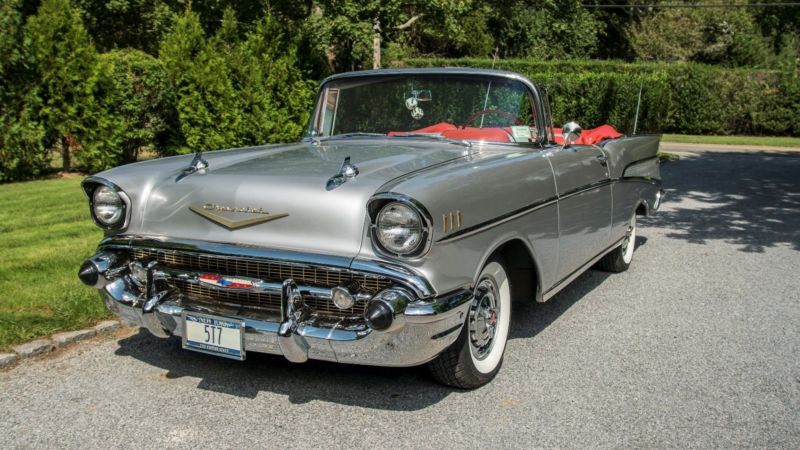 1957 Chevrolet Bel Air Convertible with Optional Power Pac
All Correct Coded Numbers Matching Car.
This amazing car is a Frame Off Restoration with only 11839 miles since.
Original sheet metal is 100% rust free. Originally from Midwest Iowa's dry climate where it was restored. All the
chrome, stainless trim, grill, etc are in show quality condition. Convertible Top fits
beautifully as is as nice as the rest of the car. It works perfectly going up and down. It sits on brand new Coker
2 3/8 inch wide whites, 205/75R/14 Radials with correct faux-spinner wheel covers.
The Perfect color combination, Inca Silver ""Lacquer Paint"" Black Top with Red and Silver Interior.
The Interior is in show quality condition. Fully adjustable beach seat that will fit any driver.
Seat Belts were added for the safety of others as well as yourself for driving anywhere.
Under the Hood is 283ci Super Turbo-Fire 4-Barrell V8 that runs flawlessly.
This was also changed to electronic ignition.
She starts, runs beautifully in every way and is a blast to drive.